For those waiting, Perenthia is almost ready for alpha. I have a few more things to complete and then the first phase of the Alpha will be ready. Hopefully you have had time to look over the various races, attributes and skills on the Perenthia web site and will be ready to create a character and begin your journey.

Here is a list of the remaining tasks I need to complete before Alpha, this does not include testing and fixing bugs with these features, just implementing them:

I thought I would include a couple of screen shots along with this update. The first is a shot of the map window of the world builder tool I wrote for managing the places and things within the Perenthia world. This is the shot of the Alpha testing area, a small village called "Delcor". This view is actually a windows forms application with a WPF (ElementHost) control for rendering the map. The little red dots are NPCs that I can actually drag around into other rooms on the map after I create them, makes for moving the monsters in the dungeon a lot easier. :) 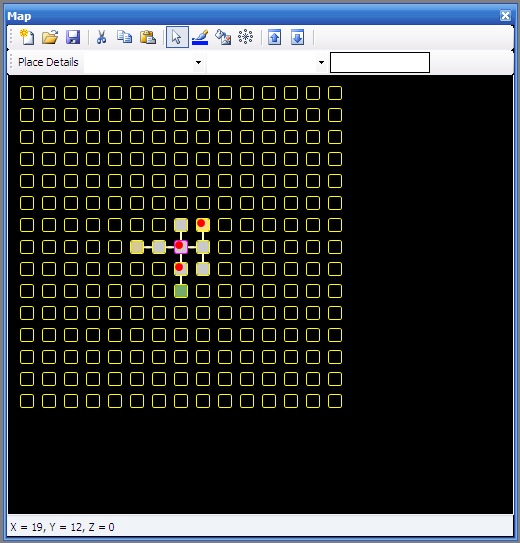 This second shot is the game user interface showing the same map that I was working on in the screen shot above. 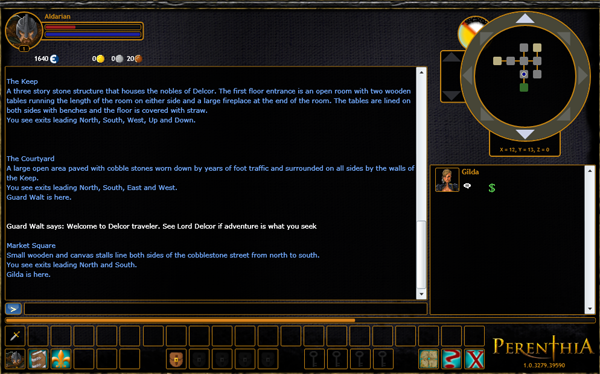