Evolution of a Game UI

As I have been working on the Silverlight UI for Perenthia I find myself constantly adding little things here there to provide more information or easier click-to-action type of functionality. The UI has evolved, for the better I hope, over the past few months from my original design as I have discovered something else that needed to be displayed while hooking it into the server. This seems to be the natural progression of things, at least with the way I work. :)

Here is the latest UI screen shot, this one shows my character viewing the items a merchant has for sale, with my inventory items on the left and the ones the merchant offers on the right. I will do a development update again soon, had to backtrack a bit with the UI. 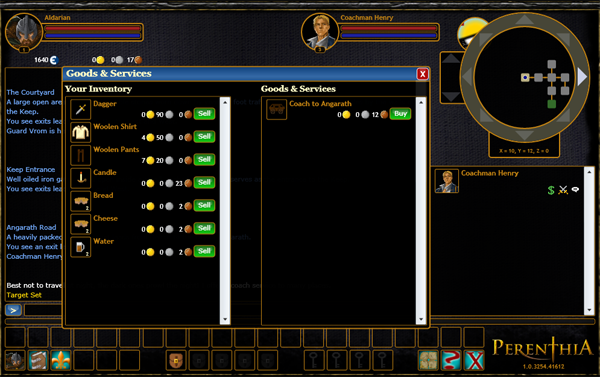 While building the Silverlight UI for Perenthia I have been building some re-usable game controls that I plan on posting before too long. One of the controls I created is a Window control that is just a control that provides a title bar with a close button and provides a Content section to add custom controls. I needed it to provide menu windows or panels but it could be used outside of games for just about anything. The control is draggable, as long as the parent control is a Canvas and will position itself as the top window when clicked, provided other windows exist in the same parent.

The Window control is featured in the screen shot below, the "Spellbook", "Character Sheet" and "Adenturer's"** are the windows. They contain custom controls that determine the content of the windows. The small icons at the very bottom of the screen shot are Slot controls that allow for a background image, primary image and object Item to be set on them. They also respond to clicks so click events can be handled on them. The ChatPanel under the windows is also a re-usable control and allows for adding any type of UIElement as content for the main chat area, not just text.

I hope to get these controls commented and the source up soon. 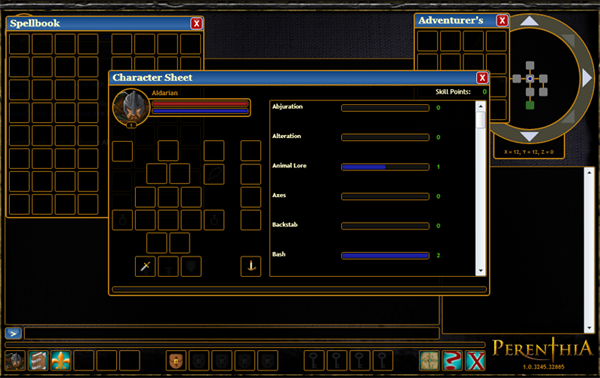